Last year in january a very rare guest came to visit northern Sweden, more specifically my neighbors backyard. The Oriental turtle dove is rare even in northern Europe and has only been sighted in Sweden 30-50 times in birdwatching history. Luckily my neighbor contacted me about a strange dove in her yard, and I managed to get a few shots that I sent to the local newspaper. That was the starting point of a mass migration of birdwatchers from all of Sweden. The dove stayed about a month and one day it apparently decided to take a rest in the rowanberry tree just outside my porch. Carefully I snuck out my 400 f/5.6 and got a few frames of it. 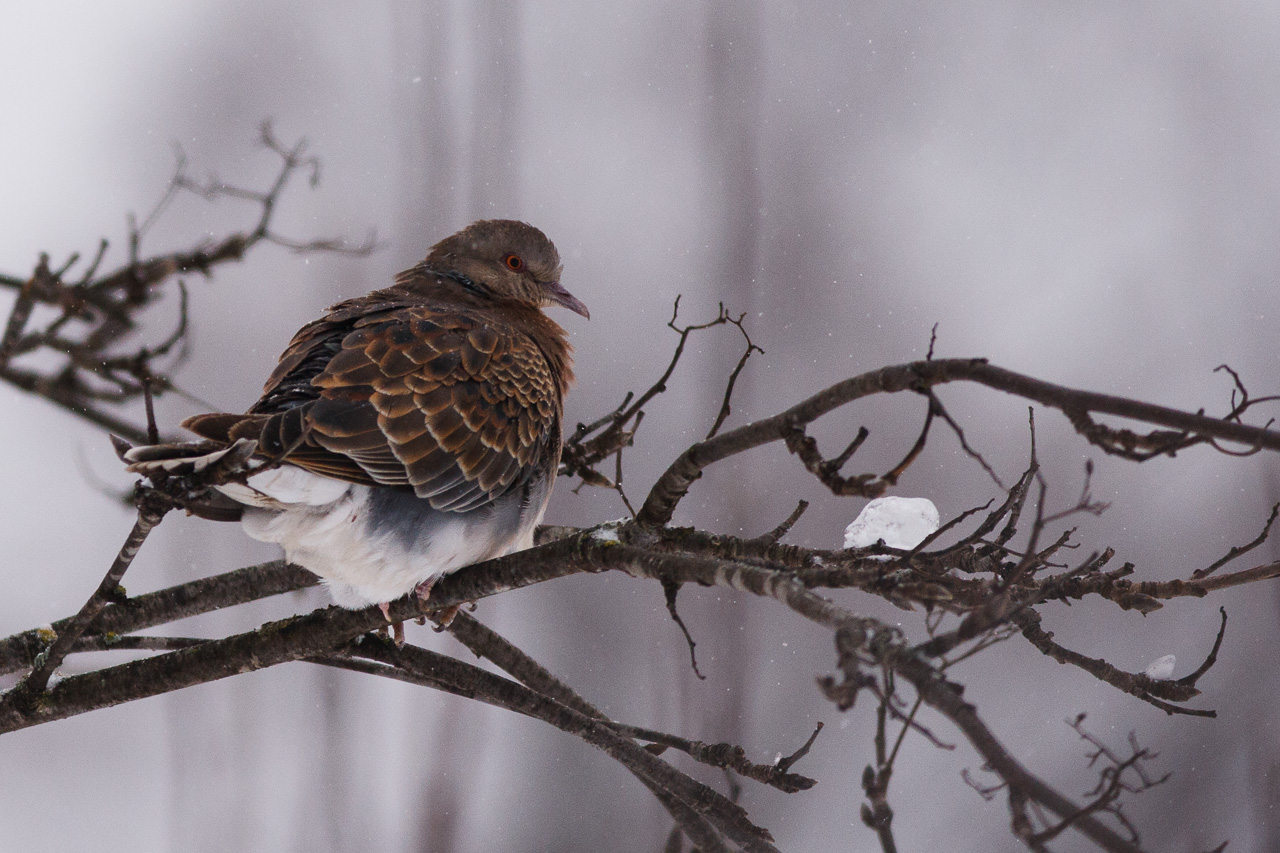 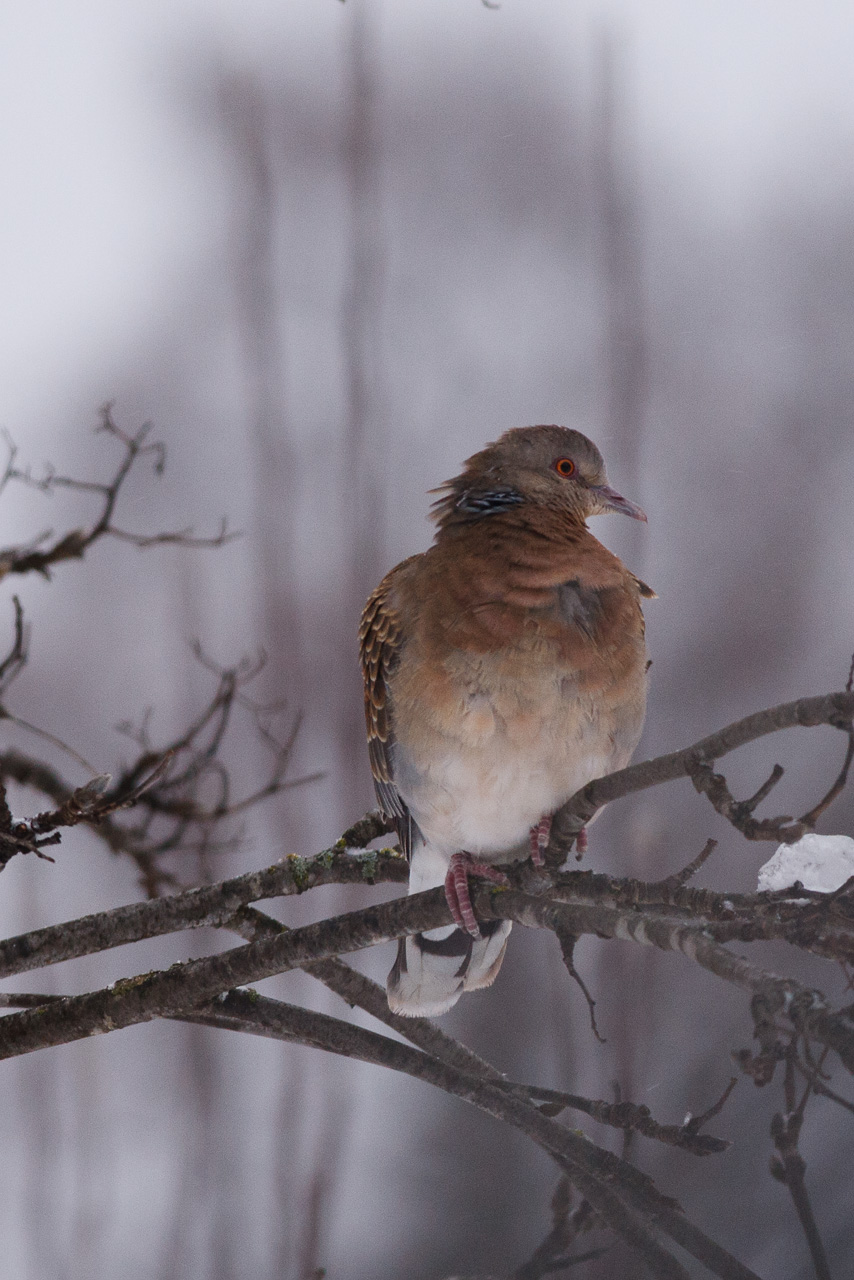 So, why am I telling you this? Because yesterday some ornithologist released an Oriental turtle dove at my neighbors back yard. Apparently this dove was found near starvation, weighing about 70 grams. It was then nursed back to health and weighed about 200 grams when they released it. Unfortunately it got chased away by some Magpies before I got a chance to see it. I really hope it comes back in the near future.