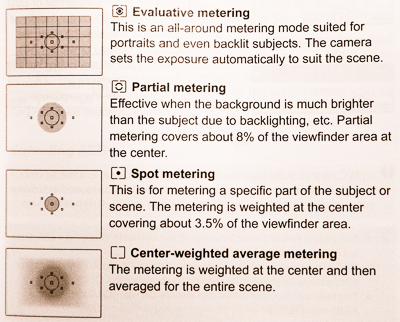 Exposure Part 1. There are many different teachings of how to expose a photo correctly. This tutorial aims to give a better understanding of  how the camera meters light and how to use different techniques to get  a better exposed photo. Most modern DSLR’s have three or for different methods of metering light. An explanation of  the different methods can usually be found in the camera manual as shown in the picture below. There is little difference between brands and the symbols are often the same. The evaluative metering is probably the most commonly used and often results in a properly exposed photo. There are however times when this method is not the preferred one. For example when the subject you’re trying to photograph stands in sharp contrast to it’s surroundings. I will give you an extreme example. This is Johans dog Diesel who often  joins us on our local strolls in woods and fields around Västerdal. His fur is brown and black with streaks of gray which is excellent for practicing exposure. 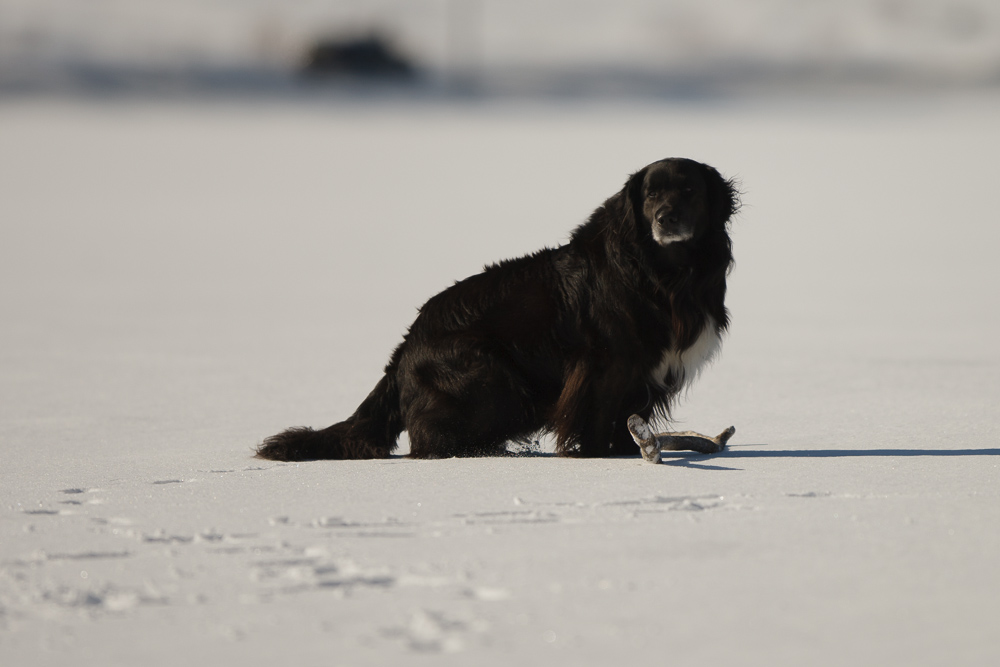 As you can see the dog is very underexposed in this photo due to the strong contrast with the white snow. The snow is also very gray. In this case evaluative metering was used, but partial metering or even spot metering would have been a better choice and perhaps the exposure would come out like the photo below. So how do we know when to change metering mode or even expose manually? Most of the answers can be found when viewing the histogram, that can be brought up on your camera screen by pressing the info button a few times after you have taken photo. This of course means that you have to take a test photo, but with training you will be able to guess exposure compensation and metering mode pretty well. 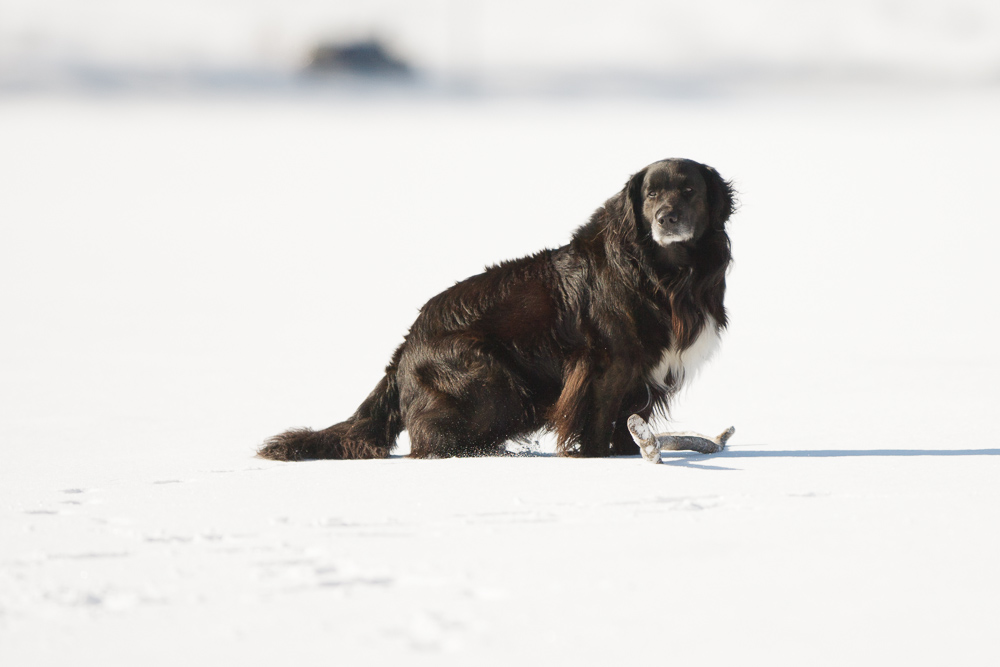 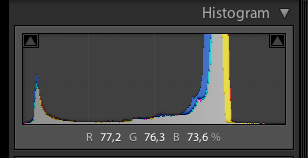 Let’s look at the histogram of the first photo of Diesel. It’s a screenshot from Lightroom but the principle is the same as in the camera histogram.  The histogram shows light colors to the right and dark colors to the left. In this histogram colors are shown and as you can see there aren’t much colors in this picture . There are two peaks. The biggest peak represents the snow and is placed between the third and fourth quarter of the histogram from the left (not really where bright white snow should be). The smaller peak to the left is Diesel. To make Diesel brighter and the snow whiter we need to move the entire histogram to the right. Ideally the histogram should be balanced and spread evenly from left to right. This can be done in post process as I did, but at the risk of losing details and increasing noise. Some cameras handle’s shadow pushing and exposure pushing extremely well, for example Nikons D800. Others start showing artifacts even with moderate pushing. With this in consideration it’s always best to check and get the exposure right in the field. Don’t rely on post process to save a poorly exposed picture and don’t trust your camera screen to present the accurate exposure in review.  Ok so the histogram of the photo you took looked something like this, and you decided to change metering mode. 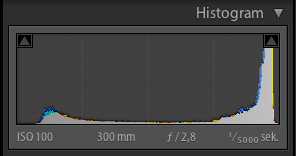 Hopefully you would end up with this histogram (a two stop exposure difference). Notice the changes in the sharp peak to the left that represent’s Diesel. By increasing exposure we have created a greater span over the darker tones that stretches on to the second quarter of this histogram. I would say that this is a fairly correct exposed photo.

Now lets look at a completely over exposed Diesel. The area that represents diesel is now pushed into the mid tones and the white snow has been pushed where no color contrast can be displayed, commonly known as  ”burned highlights”. Fortunately the camera has an option to display these areas as a blinking red warning . In Canon and Nikon cameras it’s called Highlight alert. I recommend to turn this option on even if it sometimes can get annoying. 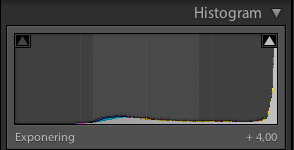 So what kind of photo is to expect when the histogram looks like this. It’s bright all right ! The photo is really starting to deteriorate and noise is clearly visible. Be sure to read part two of this tutorial when we talk of the importance of exposing correctly to minimize noise. If you see a similar histogram to this on the back of your camera, chances are that you won’t be able to save the burned highlights .

This is all for part 1. Go out and shoot and remember to check that histogram.